Popcorn ceilings can give your building's façade an antiquated appearance. They frequently include hazardous asbestos, too. There are a few things you should be aware of before removing your popcorn ceiling. Here are seven mistakes people frequently make while taking down a popcorn ceiling, along with tips on how to prevent them. 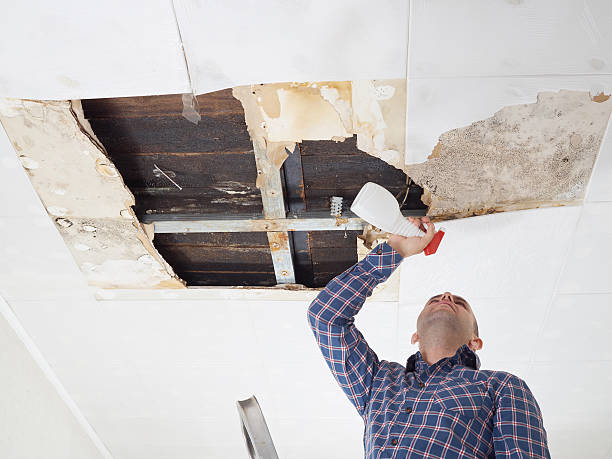 1. Failing To Adequately Prepare For The Job

Anyone who intends to remove an old popcorn ceiling should first learn about safe and efficient removal techniques. Online, you may find a ton of tutorial videos and articles to get you started. But it turns out that taking down the popcorn ceiling is more difficult than you anticipated.

Many people make the error of starting to remove their popcorn ceiling without adequately preparing for the task. This may result in a great deal of time and effort being lost, as well as a possible injury.

Ensure that every window and door is shut and secured.

Any wires or electrical cords that might be in the way should be taped down.

Over any furniture, ceiling fans, or appliances that might be in the way, hang tarps or other protective covers.

2. Removing Popcorn Ceilings On Your Own

There are a few things you should be aware of if you're considering removing your popcorn ceiling yourself. First of all, it takes a lot of labor, so be ready to work hard. Second, if you don't use caution, it could be dangerous. It's necessary to wear a mask and gloves when scraping off the popcorn, owing to its dangerous composition and the fact that asbestos fibers can be released into the air if the ceiling is disturbed and may cause lung cancer. Lastly, it can be messy, so be ready for the floors and ceilings to become covered in dust.

Be careful to recruit the aid of friends or family if you're determined to remove popcorn ceilings by yourself and have smooth ceilings afterward. You'll probably need more help, or even better, work with a qualified contractor. It might be tough and risky to try to handle everything on your own.

3. Not Using the Correct Tools for the Popcorn Texture

Use the appropriate equipment for the texture of the popcorn ceiling when removing it. Using incorrect equipment might result in errors and dangerous outcomes. For instance, removing popcorn from a ceiling with an ordinary kitchen knife might be risky and unproductive. If you're not careful, you could easily cut yourself, and the knife won't be able to cut through the substantial layer of popcorn.

Use a scraping tool created especially for the task if you want to carefully remove popcorn from a ceiling. These tools are typically safe to use with asbestos and feature sharp blades that can readily cut through the popcorn. You can also use a razor blade or a box cutter if you don't have a scraping tool. Use caution and always wear gloves to protect your hands when using these instruments.

To securely remove a popcorn ceiling, you will need a few particular items, such as a scraper, a dust mask, painter's tape, and a drop cloth. Before you begin the project, make sure you have all of these tools close at hand.

Take safety precautions when removing a popcorn ceiling to prevent accidents. The following are a few of the most crucial safety measures:

It is preferable to employ a professional to remove popcorn ceilings if you lack knowledge. Making an attempt to do it yourself can result in errors and hazardous working circumstances.

5. Failure To Properly Seal The Surface

Correct surface sealing is crucial when removing a popcorn ceiling. The popcorn texture may peel off in patches if you do not thoroughly protect the surface. A smooth surface can be achieved by priming the surface, painting it twice, and then sealing it to prevent this. This is also possible for walls and floors in addition to ceilings.

6. Failing To Recognize The Type Of Ceiling You Have

Knowing what kind of ceiling you have is crucial when trying to remove unsightly popcorn ceilings. This will assist you in choosing the most effective removal technique and preventing any potential problems.

Plaster, drywall, and acoustic ceilings are the three most common types. If you're unsure of the material type of your entire ceiling, you can quickly determine it by looking for a label or stamp on the ceiling itself.

Many individuals try to use a vacuum cleaner to reduce the cost of removing popcorn ceilings, but this frequently fails and can harm the ceiling. Using a scraper and a bucket to remove popcorn from a ceiling is the best method.

Popcorn ceiling removal is generally a difficult task. It takes a lot of time and effort, and if you're not careful, it may be harmful as well. To remove popcorn securely and correctly, it is best to deal with a competent contractor. Feel free to reach us on our website: https://harmonypaintingdenver.com/denver-residential-painting-services/interior-painting/popcorn-ceiling-removal/